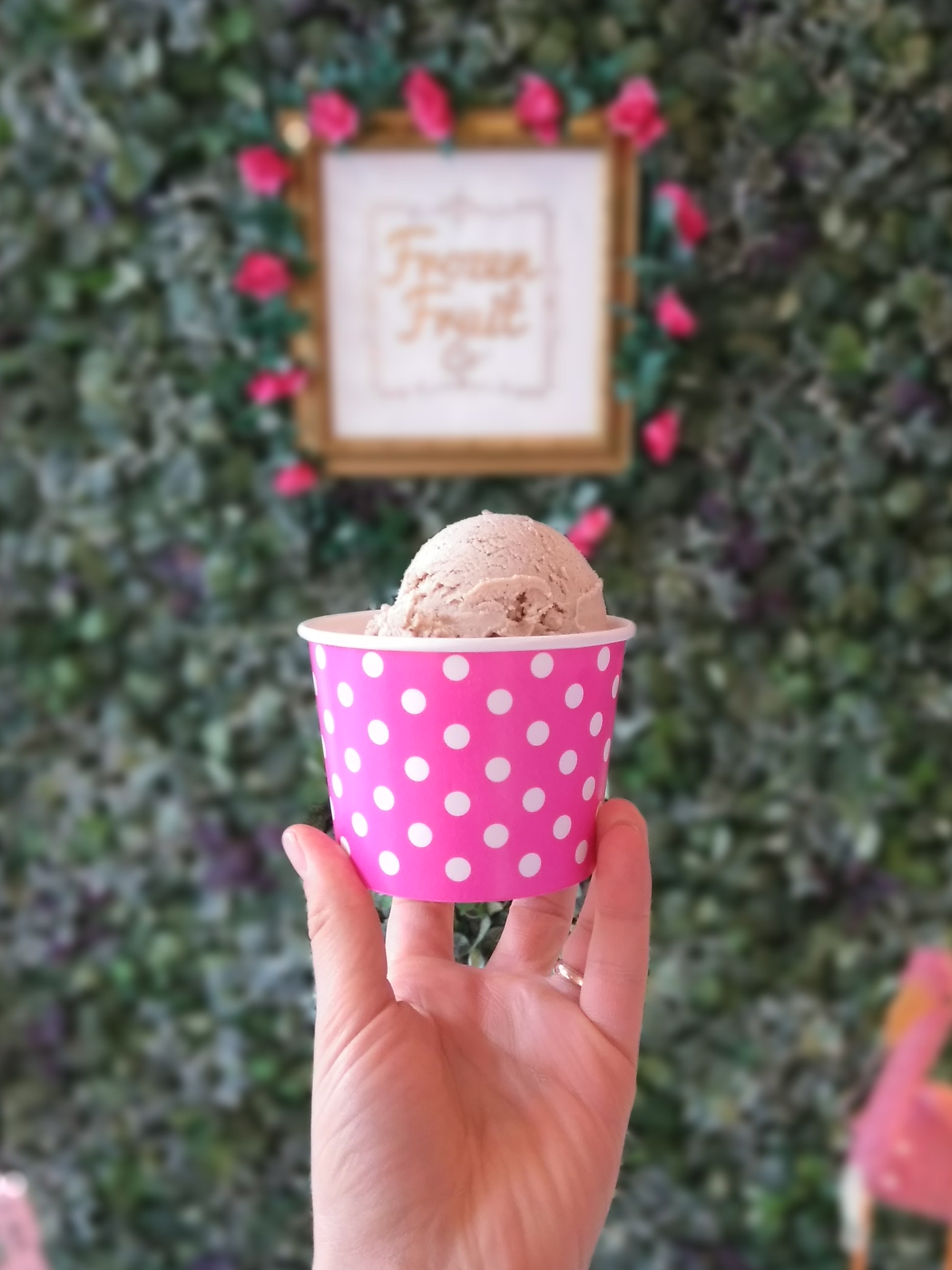 “Can I refill your eggnog, drive you out to the middle of nowhere and leave you for dead?” – Clark Griswold, National Lampoon’s Christmas Vacation

It’s the holiday season and whether you love spending time with your family or just turn up for the food, there is sure to be one thing…Eggnog.

Yes, Eggnog. That creamy, cinnamon, nutmeg concoction we allow ourselves to drink from the period of Thanks Giving to Christmas and never (and we absolutely mean never) any other time of the year.

In fact, we love it so much we decided to make Eggnog our Seasonal Special for the month of December. But, it’s not any ordinary Eggnog. Nope our Eggnog flavor is completely vegan, dairy free, gluten free, soy free, sweetened only with date and made using only 4 ingredients.

Best of all you can eat a lot of it!

That being said we know not everyone has a giant ice cream machine sitting around their kitchens ready to make anything into their plant based ice cream dreams.

That’s when we thought “hey, our eggnog recipe would work just as well as a drink as it would an ice cream”. What could make people’s holidays that little bit better than a simple vegan dairy free eggnog drink.

And so we are sharing our Eggnog Recipe.

Eggnog traditionally is a milk and eggs based drink which is. In fact, typically it is made with Milk, Cream, Sugar and Eggs with the addition of a touch of cinnamon and nutmeg.

The reality is you actally don’t need any milk, cream, sugar or eggs to make it. You just need Coconut Milk, Date, Cinnamon and Nutmeg. As we will show you below.

Do a Google search and you won’t really be able to find an “origin” for the drink. References date back to the 1800s, but a lot of people believe the drink developed from other similar drinks such as “Posset” (a spiced mixture of milk and ale that was heated until the milk curdled) or the “Egg flip” (eggs that where mixed with spirits, but with no dairy). Yes, neither of these drinks sound wonderful.

Why is it called Eggnog?

The name Eggnog probably came from the fact that any drink served with rum (which Eggnog traditionally was) was called “Grogg” (not “Geoff” as my auto-correct wanted to call it). And, Posset or Egg Flip were traditionally served in wooden cups called “noggins”.

Mix the two and you get Eggnog.

Okay, hurry up and give me the Recipe…

Wow, you read this far you just really want to know the recipe. Okay so here it is:

You can scale the recipe up accordingly.

To make it simple pour everything into a blender. Coconut milk first then date and then the spices. Blend until smooth and fully mixed.

That’s it. A simple, delicious plant based vegan Eggnog everyone can enjoy.

Have you tried the recipe? We want to know. Leave a comment on what you think of our Eggnog flavor.