Everything You Need To Know About Matcha 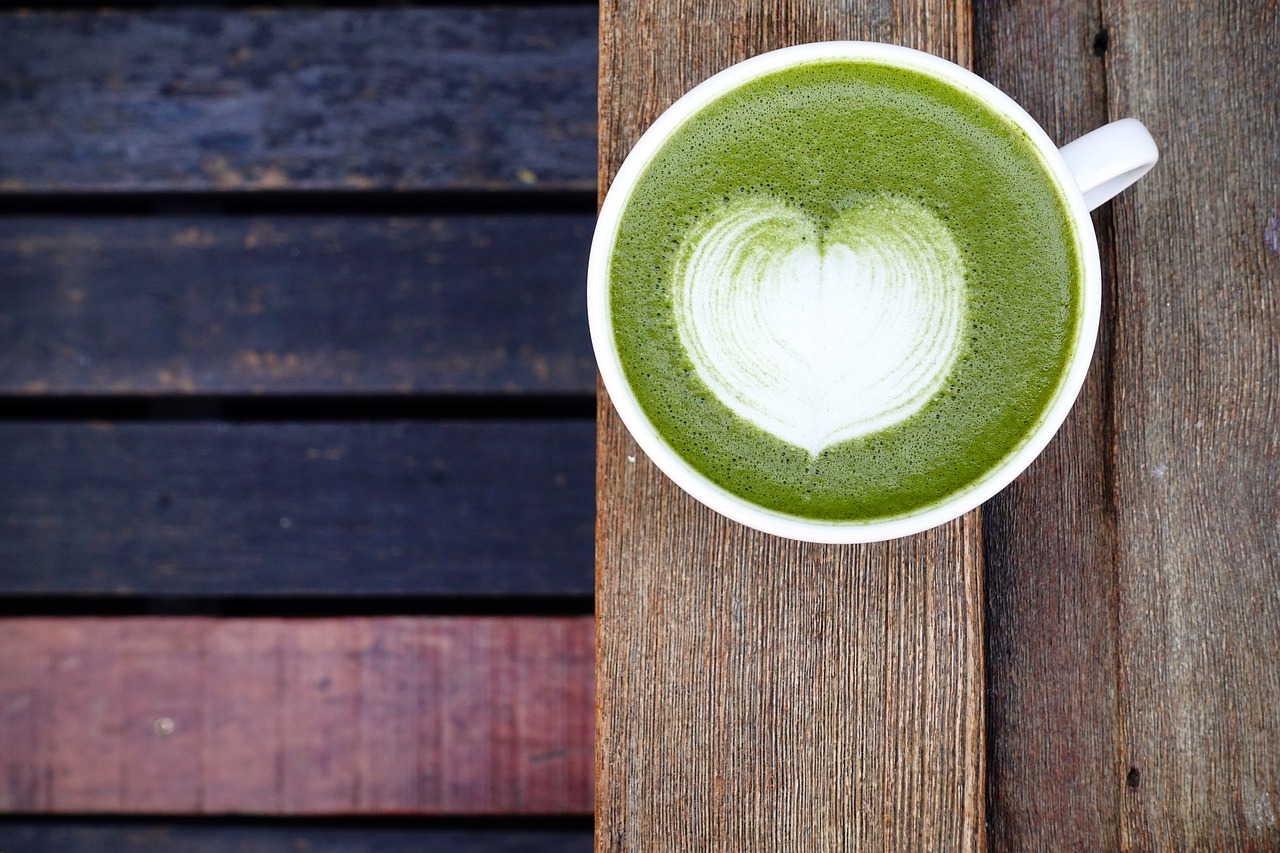 The beginning of January we launched, for only the second time ever, our limited edition Matcha flavor at our Santa Monica Store. If we are going to be completely honest, we had no idea how much of a hit it would be. If anything its second run in the store has been even more popular. Made from coconut cream, dates and Matcha (that is literally it) – this flavor got us wanting to learn a little more about this green-leafed, green powdered creation which (let’s face it) is taking over the world. Okay, it may not be taking over the world (yet), but it is responsible for some of the best memes out there. “I LOVE YOU SO MATCHA”, “THANK YOU SO MATCHA”, “WE’RE THE PERFECT MATCHA” and “YOU’VE MET YOUR MATCHA”.

But, what is Matcha and why has it taken us all by storm? Well, fear not, because in this blog piece we wanted to share everything you need to know about Matcha.

“What on earth is Matcha?“, if you find yourself thinking this every time you enter a coffee shop (or a vegan plant-based ice cream store) then this is for you.

Derived from plants called Camellia Sinensis, Matcha is more familiarly known to you and me as Green Tea.

“Hold on you may be thinking. I have had green tea and Matcha is nothing like it”. And you are not wrong. You see whilst Matcha comes from the same leaves and plants that make your Green Tea it differs in that it is the powdered form of the Green Tea leaves.

Matcha is 100% Green Tea leaves that have been ground into a finely powdered concentrate. The result. Stronger flavor and tasting experiences. In fact, the concentration of the Green Tea leaves (by drying them out and then disintegrating them into dust) ends up completely changing the flavor of the Green Tea. Giving Matcha it’s distinctive richer and more buttery flavors as a result.

Actually, no. Matcha has been a popular drink in China and Japan for centuries. In fact, Matcha is old. Like really, really old. Its origins can be traced back all the way to the 7th – 10th centuries Tang Dynasty in China. Tea harvesters would steam tea leaves into bricks in order to make them easier to transport. The resulting Green Tea leaf bricks would then be re-constituted by roasting and crushing the leaves and then mixing the resulting powder with water.

Is Matcha good for you?

Yes. It is loaded (and when we say loaded we mean loaded to the max) with antioxidants. Reports put it as having 137 times more antioxidants than regular Green Tea does.

It is also loaded (there’s that word again) with polyphenols, which purportedly help prevent cancer, heart disease, and regulated blood sugar levels. It is grown in the shade so has more chlorophyll (which is the latest thing in detox) and because you are eating the whole leaves you even get some fiber.

Oh, but it does not stop there. Some reports even go as far as to say that the high levels of catechins in Green Tea can help burn calories. A study from the American Journal of Clinical Nutrition showed that consuming Green Tea can increase your calorie-burning rate from 8 to 10 percent and that drinking Matcha before a workout can result in 25 percent more fat burning during exercise.

Feeling stressed? Drink Matcha. That’s right. Those little green leaves contain L-Theanine which can help create a calming and relaxing effect as well as the production of hormones dopamine and serotonin (you definitely want more of these – you can see why in our blog post 3 Ways To Instantly Increase Happiness).

Is it really that good for you?

Yes. Did you not read the above? Now you do have to be careful with the type of Matcha you buy and use. A lot of Matchas are sweetened or contain milk. You also want to be careful with Matcha from China as these tend to have slightly elevated levels of lead in them from the soil. Always make sure you pick the best Matcha and from a reputable source.

Still not convinced by Matcha?

If you still need convincing then how about the fact that most people in Japan credit their long lives due to the high antioxidants in Matcha. You want to live long – then you should probably drink some Matcha – apparently.

“But, wait. I heard Matcha is caffeinated. A small cup will keep me up for hours”.

First, the elephant in the room – caffeine. This is probably the most common question we get asked about our Matcha Vegan Plant-Based Ice Cream. In short, yes. Matcha is naturally caffeinated. Green Tea leaves contain about 5-6 per cent caffeine. A usual cup of Matcha will contain about 70mg of caffeine (approximately). A cup of coffee, by comparison, has around 163mg of caffeine.

So, yes Matcha is caffeinated but not as much as coffee. There you go. You now know the answer.

Remember, caffeine affects people in different ways. So, if you can’t have a coffee past 2pm in the afternoon you probably shouldn’t have a Matcha after this point in time either. Make some caffeine ground rules and follow them (if you are curious our Matcha Vegan Plant-Based Ice Cream only has a very small amount of Matcha in it – around 40g per gallon made – so much much less than a cup of freshly made Matcha).

Matcha is not a Hollywood fad. If anything it is about as close to a modern-day “superhero” any food could be. Feeling tired? Want to lose some weight? Increase happiness maybe? Or just live a long time. Then go drink some Matcha (or if you are feeling creative have some Matcha Plant-Based Vegan Ice Cream made by Frozen Fruit Co).

P.S. Matcha is currently a limited edition flavor at our Montana Ave Store until 31 January 2020. After then…who knows.